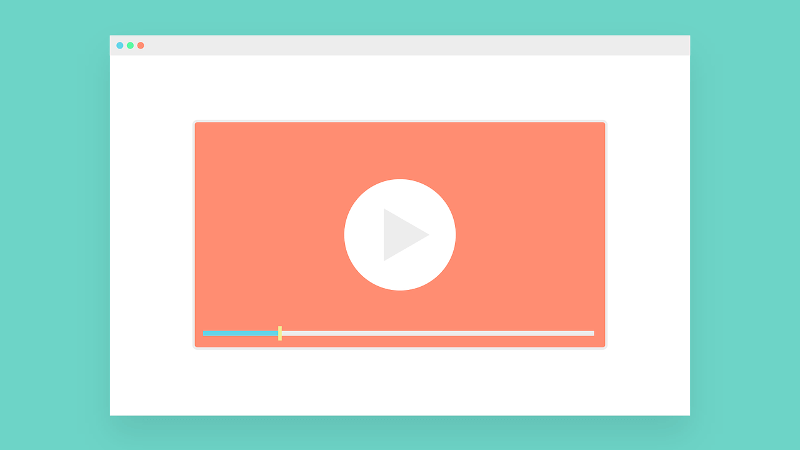 If you are addicted to YouTube like so many others, you might have noticed that some of your favorite content creators started using different words to avoid saying certain things, have done a video or 2 on how YouTube is changing for the worst, or have disappeared completely from the platform. It’s not just you! YouTube is no longer the wild-west video platform for independent content creators to make videos about whatever they want. Now it is riddled with censorship, monetization guidelines that are constantly changing for the worst, and is overrun with corporate content. It seems as if YouTube is slowly trying to push out the smaller content creators while boosting companies like Disney, CNN, etc. 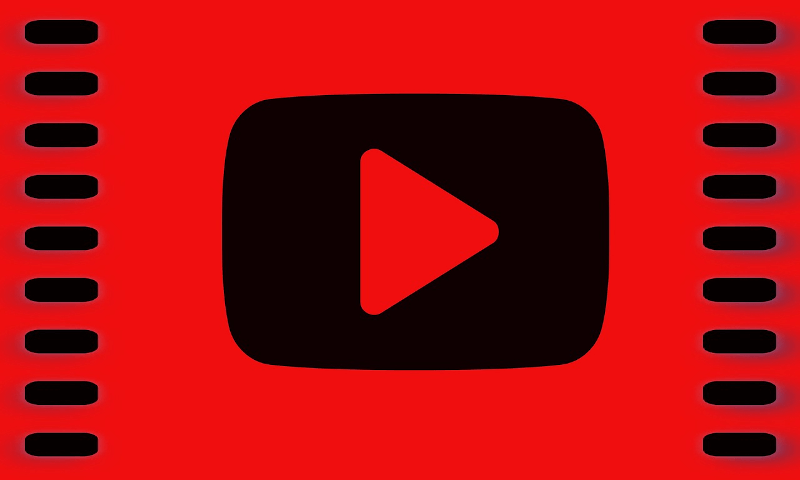 Back in February 2005, YouTube was launched as a place for independent creators to post content and bored people to find and view said content. By November 2006, Google acquired YouTube and the platform grew and improved over the next several years. Over time, the quality and variety of content found on the platform increased. Independent creators hired people to do their video editing, writing, filming, and more and small business were born with the only business of creating interesting content that would generate loads of ad revenue. Whether you were looking for a how-to video to help you change the oil in your car, hours of fail videos to make you laugh as you killed time or old commercials from your childhood, more than likely you could find it all on YouTube. In recent years, there have been several instances where YouTube made sudden changes to their monetization guidelines and TOS that negatively impacted their creators. Some creators were able to adapt and keep earning income. Others were not so lucky as the nature of their content was no longer something that could be monetized. The goalposts kept moving, creators kept suffering, and the idea of YouTube is the place where the little guy can share their content with the world and make a few bucks from it slowly started to die.

While this was happening, a new trend emerged. Large corporations, especially ones owning copyrights to popular music, started making sometimes baseless accusations that independent creators were using their intellectual property without consent. YouTube, in their infinite wisdom, would immediately demonetize the video or give the monetization rights to the company making the claim. The content creator has a course of action they can take to dispute the claim, but this hardly ever works as the system seems to favor the large corporations. In the past couple of years, the gloves came off. Suddenly you could not post content about World War II as speaking of Nazis was considered hate-speech, even if it was merely an accurate presentation of historical events. Conservative channels started getting demonetized and even banned. After February 2020, you couldn’t even say the words “COVID” or “Coronavirus” without negative repercussions. For those of us paying close attention, it was clear that the powers-that-be at YouTube were trying to control the narrative.

It Is Time to Look At Other Video Platforms 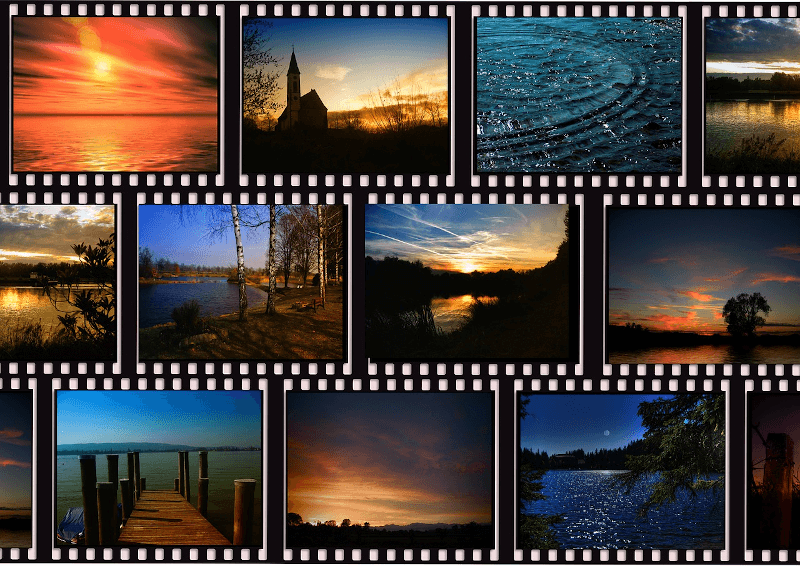 Maybe it is time for newer video platforms to thrive! Over the past few years, a lot of alternatives to YouTube have popped up as the once overwhelming amount of infrastructure required to operate a video streaming platform has become cheaper and easier to obtain. The beauty is that most of the new video platforms are free of censorship for the most part. Let’s look at some of these platforms. You might even find that some of your favorite creators have already started posting their videos on them!

Just a quick disclaimer before we explore some of these newer video platforms; you won’t find sites like Vimeo on this list. There’s no point in just pointing out other video platforms. The whole point of this site is to get around censorship and gain back some privacy. That said, the following video platforms are at least mostly free of censorship, unlike YouTube. They are also great alternative platforms for content creators to build their audience. 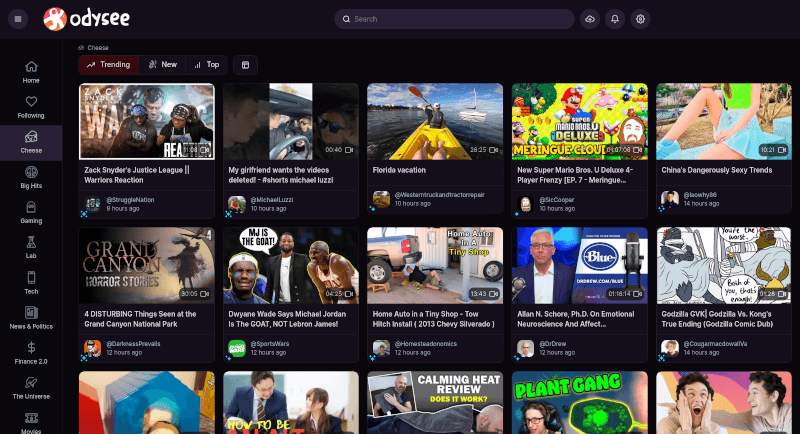 The CEO of Odysee, Jeremy Kauffman, created Odysee to be a place to recapture some of the freedom he experienced as a kid. Odysee aims to be the “successor” to YouTube, but for now, it makes a great alternative. Some community guidelines restrict what sort of videos that you are allowed to post, but they basically state not to post torture, cruelty, or pornography. You can view the guidelines here: https://odysee.com/@OdyseeHelp:b/Community-Guidelines:c.

Odysee also runs on the LBRY blockchain, allowing it to be considered “decentralized”. This means that your channel effectively lives in a crypto wallet you could download. Of all the video platforms I’ve tried, Odysee has the largest number of creators on it I used to follow on YouTube. For this reason, I go to Odysee first when I’m looking for some videos to watch.

I will say, from my experience, that Odysee performs well most of the time, but there are times when it is streaming so slow that I get frustrated and quit trying to watch anything. It doesn’t happen too often and is usually done acting up in a couple of hours. Still, when it happens, it is fairly frustrating.

One thing about Bitchute that I appreciate sometimes is their videos stream at 480p. This sounds like a bad thing and, to many of you, will probably be a turnoff, but it also means that there is rarely a situation where you can’t stream it without it ever buffering. There is also a dark and light theme.

Bitchute has some rough spots, though. The search feature on the site is terrible. I mean, it’s bad! The comments section below videos is filled with racists (like ACTUAL racists), trolls, and other lower life forms. I bring this up for those of you that don’t wish to see that sort of thing. I always check the comments because they never cease to amaze me and, occasionally, there might be some funny stuff in there. While I appreciate Bitchute allows their comments section to be so toxic for the sake of free speech, I think it is likely one thing that will prevent the platform from ever becoming very large. 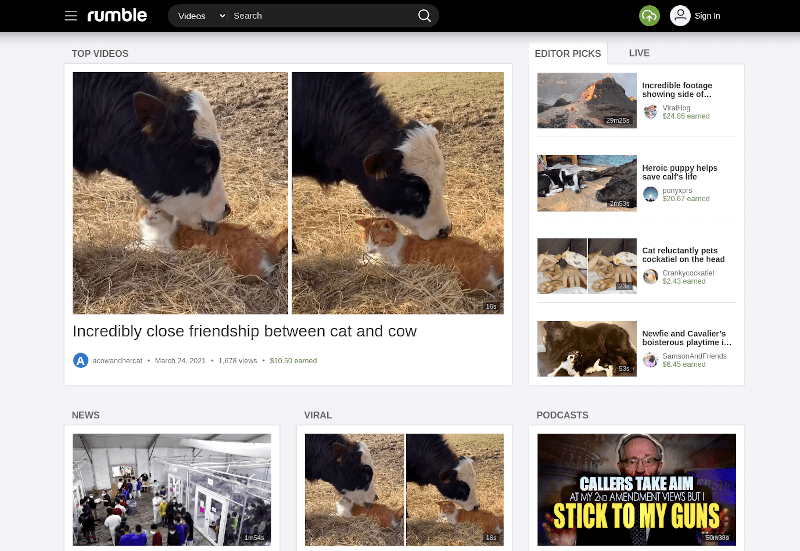 Rumble is the squeaky clean version of Bitchute in my mind. The UI is bad like Bitchute and the search doesn’t work too well, but there are a lot of videos to discover and they stream well. A handful of creators I followed on YouTube have changed to ONLY using Rumble for whatever reason, so I occasionally visit the site to catch up on those videos.

Initially, Rumble became known as a safe place for conservatives to post conservative content. Don’t be fooled though, you can find plenty of cat videos and fail videos, and even content from large corporations and news organizations. Plus, if you are into conservative content, there is no shortage of it on Rumble! One thing that makes Rumble unique is how they handle video licensing and monetization. You can read more about their licensing here: https://rumblefaq.groovehq.com/help/a-simple-explanation-of-the-differences-between-licensing-options

I haven’t spent much time on D.tube yet because I’ve found what I need using the previously mentioned platforms. I was made aware by D.tube through a video of a creator I watch since he used to always says that you could view his content there as well. D.tube is another decentralized, blockchain-based video platform that rewards its creators with crypto. It claims to be censorship-free and, while it is a lot more relaxed than the likes of YouTube, I have caught wind of reports of D.tube censorship. I’m not sure how legit these are, but it has happened.

Since there are crypto rewards, you won’t find any ads on D.tube which is pretty fantastic! Another thing that makes D.tube unique is that, since it is decentralized and runs on the Steemit platform, you cannot edit or delete your videos…EVER! I get it though. That is certainly an understandable side effect from running decentralized!

The more people just keep using YouTube because of habit, the more YouTube will crack down and continue censoring history, differing opinions, etc. We shouldn’t stand for censorship and should demand free-speech be allowed. Quit letting YouTube make ad revenue from you and start checking out some of these other platforms! They are built on more interesting technologies and more closely the wild-west YouTube of the past where anything goes.

Block Ads & Trackers at Home With a Pihole
Secure Your Brave Browser Even More by Changing...
0